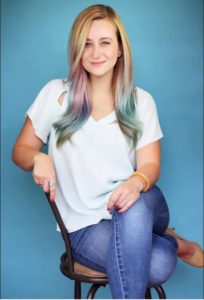 Courtney Morris has been casting actors and real people in films, television, and web series since 2009. Working primarily in Reality Television, she knows what it takes to get you on television.

She has worked on acclaimed shows such as Naked and Afraid, Sex Sent Me to the ER, Gym Rescue, and many many more. She launched Casting Role Call in 2015 after noticing that many casting directors don’t spend enough time finding out what makes each person unique.

Casting Role Call takes the time to get to know each person that applies through our site, making it easier for us to know exactly what type of programming you are right for, and stream lining the process to get you in front of networks faster than ever.